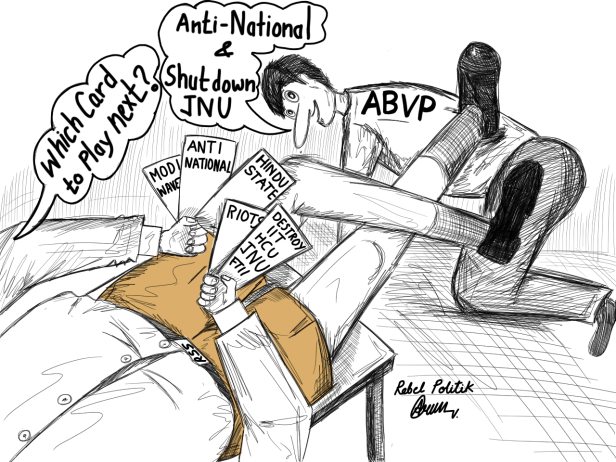 The right wing forces in India are hell bent to destroy democratic and dissenting voices across campuses in India. The forces #AVBP and #RSS’s new ploy is to silence protest against them for killing #RohithVemula. The new card they are playing is to #ShutDownJNU (Jawaharlal Nehru University, a prominent university) and term anyone speaking for human rights of oppressed people/ nationalities as ‘ Anti-National’.

The whole thing is a move to push the Indian system towards establishment of a Hindu state in India, and for this they are trying to silence resistance emerging from universities.