Indian Prime Minister Modi at World Economic Forum in Davos said that ” Red carpet will replace red tape for investors”. But in reality, this ‘red carpet’ is about walking over the lives of workers and destruction of labour laws in India. In India, labour is cheap, which many neoliberal economists and propagandists boast as a pro-business thing, but the truth behind this cheap labour is brutal exploitation and oppression of workers. Workers are most of the time not even paid minimum wages and are made to work overtime in hazardous conditions. The Modi led conservative government is further diluting country’s labour laws to give easy access for capitalists to exploit workers. When workers raise their voice through the trade unions, they are called ‘business disruptive force’ and are suppressed by using brutal force by the state machinery. 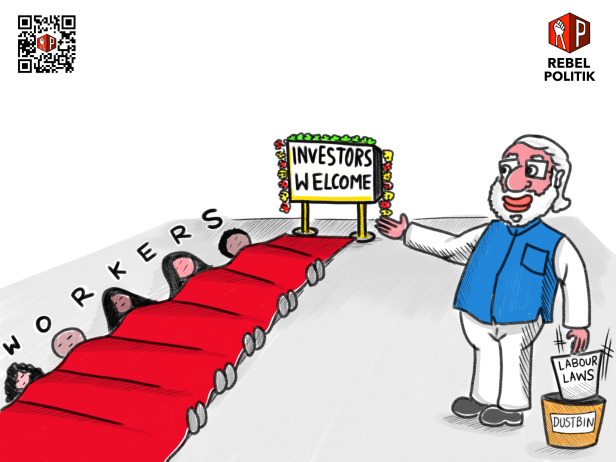